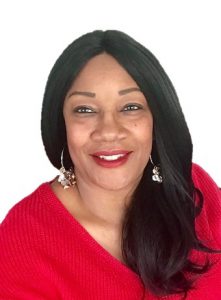 Tierre Jeanné-Porter, a seasoned administrator with more than 30 years of operational experience in both the government and non-profit sectors, began working with IPRO in 2000. Prior to that she worked for the Centers for Medicare and Medicaid Services (CMS) as the Region 2 Deputy Regional Administrator and for the U.S. Environmental Protection Agency in various managerial roles. She is a licensed attorney who specializes in healthcare compliance, contracting and operational efficiency.

Throughout her career, Ms. Jeanne-Porter has promoted diversity and inclusion by developing and delivering training on environmental justice, cultural competency and equal employment. A former member of the Board of Directors for NuHealth/Nassau University Medical Center and its Institute for Healthcare Disparities Advisory Board, Ms. Jeanne-Porter has received several commendations and awards for volunteerism and public service for her work with local grass root organizations to help underserved and minority populations. Most recently, through grants awarded by the City of Charlotte, she worked with the Charlotte Mecklenburg School District on projects such as “Real Men Read” and “Arts & Advocacy” to promote literacy, equity and civic engagement.

Ms. Jeanné-Porter holds a Juris Doctor degree from Hofstra University School of Law and a Master of Fine Arts from Queens University. She is also admitted to the New York State Bar, the United States District Court for the Eastern and Southern Districts and the United States Supreme Court.